Defunding Police: Who you Gonna Call? 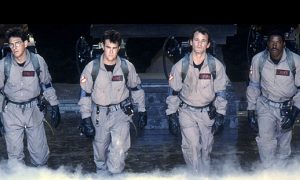 Some Democratic leaders want to defund police forces across America.

Sadly, murders and shooting are reported to be on the rise in New York City. There were thirteen murders in the past week compared to five during that time last year.

On top of that, there were also forty shootings which is an increase from the twenty-four that occurred in that period last year. It is also the highest weekly total in the city since 2015.

Defunding the NYPD may not be wise at this time but some people don’t seem to understand this premise.

Other cities and states with Democratic leadership have expressed wanting to defund police forces too.

Defunding the police means what it says:

Divesting funds from police departments and then reallocating them to social services and other community resources where they are presumed to be needed.

I have lived my life with the idea to call the police if there is a crime happening or if I was in a dangerous situation. Isn’t 911 the number people choose to dial if they are in or encountering a problem?

So, if someone is witnessing a crime in progress and they dial 911, who’s is going to respond? Ghostbusters?

Sadly, the entire cast of Ghostbusters is not still alive to come to the rescue. Writer-director Harold Ramis, famous for his role as Egon Spengler in Ghostbusters, tragically passed away in 2014. According to his family, Ramis passed away at his Chicago home due to complications stemming from autoimmune inflammatory vasculitis. He was 69 years old.

But Dan Aykroyd, Ernie Hudson, and Bill Murray are still around; will they answer your call? I think not.

The stupidity of those who would defund police forces is well beyond my comprehension.

Meanwhile in Minneapolis approximately twenty-seven Minneapolis officers retired this month, bringing the year’s total so far to 40. It has also been reported that twenty-four officers just quit.

Not only will Sleepy Joe Biden DEFUND THE POLICE, but he will DEFUND OUR MILITARY! He has no choice, the Dems are controlled by the Radical Left.

So now if law abiding citizens need help, will they get it? If there are not enough police to answer calls, who you gonna call? Ghostbusters? Will they help you? I’m not sure because if you don’t have ghosts, what can they help with?

I had to add my little bit of humor to my article because if I don’t, I may not sleep at night.

I write for http://DefiantAmerica.com, http://aleadernotapolitician.com/ https://magamedia.org/ and http://FreeAmericaNetwork.com & Graphic Artist & Video producer. I adore journalism. Politics seems to be my preferred genre although I do not hesitate to write anything that strikes me as interesting. Researching and finding 'Breaking News' makes my blood rush. I've written seventeen books. and over that including books in conglomeration with others. Doing graphic art design has always been fun for me. Sometimes I incorporate this talent into my articles or when a special 'feature picture' is required. You can find me tweeting on: https://twitter.com/DavedaGruber You can always find my articles on the sites I write for.
View all posts by Daveda →
Tagged defunding police. Bookmark the permalink.