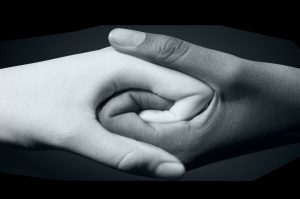 I’ve stated this many times but it appears today’s world isn’t listening.

I don’t have Black friends.

Never have never will.

I don’t have Brown or White friends either.

Sadly the current state of affairs in America appears to be falling down “racial” lines.

Of course for those who actually understand biology there is no such thing as a black or white race but I’m tired of explaining that one too.

It seems to be the only way any information is passed these days so without further ado.

It’s safe to say that currently the theme crossing the country on networks and social media is that Black Men/Women are having a dramatically different “experience” in America and that White Men/Women will never understand the racism, abuse and the daily murder of Blacks taking place.

Furthermore because of this “institutional racism” Black Men/Women don’t have any chance to be successful today, tomorrow or any time in the future.

The system is broken and it’s time for White People to get woke and admit they are racists, that they hate Black Men/Women and that reparations must be paid indefinitely to equal the playing field.

Even if all that were to take place there is still no way White Men/Women could or would ever understand the plight of Black Men/Women.

I’ll accept their premise and with anything that I am willing to accept I must apply logic.

It’s not an opinion.

If Whitey doesn’t have the capability then Blackie doesn’t either.

Now it’s time to do the Pros or the benefits of each supposed “race”.

Pros: Constitutional Rights, Electricity, the Automobile, Airplanes, AirCraft Carriers, the Cotton Gin/Industrial Revolution, Homogenization, Pasteurization, Vaccination (currently not too popular but in the appropriate hands life saving), the Television, Radio, Telephones, Cell phones, Movies, Computers, Satellites, The Internet and millions of other inventions that are used every day across the world by billions.

Of course none of these possibilities would have been available to Blackie had Whitey not created Football, Basketball and Baseball, the record player and recording equipment so what does Blackie have to offer?

Sounds pretty bad when put in those terms doesn’t it?

Of course it does because it’s bigotry.

To believe that is not only bigotry, it is factually wrong.

We don’t protect the Majority or the Minority.

We protect the Individual.

Okay Jason that’s all well and good but Black men are being murdered daily across America by racist police.

They are being stretched to the limit by too many horrible Mayors, Police Chiefs, Sheriffs and out of control citizens and criminal foreign nationals.

The front line men and women are doing the best they can with the situation they are in day and night.

It isn’t a color thing.

Law enforcement, starting with the Justice Department and the FBI is corrupt at many levels.

The Deputy, Officer or Trooper answering 911 calls is just trying to go home at night.

If we really want change it’s the politicians who are allowing the breakdown of our cities and towns so they can trade favors and line their pockets that have to be dealt with.

Black or White doesn’t matter to them but they’ll continue to use it if we let it matter to us.