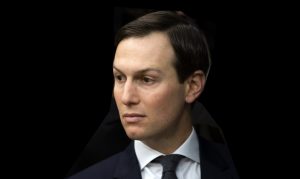 On Thursday White House senior adviser, Jared Kushner, was asked about the violence that is happening in Kenosha, Wisconsin that followed after a law enforcement officer shot Jacob Blake.

Kushner, who is married to President Trump’s daughter, Ivanka Trump, said that Americans have seen enough protests that go too far.

In a video interview with Politico Kushner said, “This country’s seen enough of the protests and some of the negative things that can happen when the protests go too far or are hijacked.”

Kushner has pressed for the First Step Act, which is a criminal justice reform package, and praised his father-in-law for signing it into law.

Kushner said, “What we need to do right now is make sure we take the anger that people have, and we have to move from slogans to constructive solutions.”

Kushner also criticized NBA players who bowed out of games in protest. He maintained that they were all talk and no action.

On Wednesday night, Milwaukee Bucks players refused to play against the Orlando Magic.

Other playoff games in the NBA and some regular-season games in the WNBA and MLB were also postponed in protest over the shooting.

Kushner said, “We’re offering solutions with policy. The other side’s doing a lot of complaining. What I’d love to see from the players in the NBA, again, they have the luxury of taking the night off from work. Most Americans don’t have the financial luxury to do that.”

I happen to agree with Kushner. Firstly, when did sports become a field to protest what is law enforcement’s job to do?

The kneeling to the National Anthem and the American flag by Colin Kaepernick, is what started all sports protesting.

So now, after sports that were cancelled because of COVID-19 are beginning to come back, the players are talking time to refuse to play because this is a way to protest.

I say stop paying the players if they don’t play when a game is scheduled.

Personally, I am offended by athletes, who are paid very large salaries, getting involved in areas that they have no business in.

If they are truly concerned, let them go into the inner cities and donate to building centers that could help the children in underprivileged areas with sports, learning and yes, even meals.

One man knelt and the sheep followed. It should have stopped before it got to the point that it has.

I write for http://DefiantAmerica.com, http://aleadernotapolitician.com/ https://magamedia.org/ and http://FreeAmericaNetwork.com & Graphic Artist & Video producer. I adore journalism. Politics seems to be my preferred genre although I do not hesitate to write anything that strikes me as interesting. Researching and finding 'Breaking News' makes my blood rush. I've written seventeen books. and over that including books in conglomeration with others. Doing graphic art design has always been fun for me. Sometimes I incorporate this talent into my articles or when a special 'feature picture' is required. You can find me tweeting on: https://twitter.com/DavedaGruber You can always find my articles on the sites I write for.
View all posts by Daveda →
Tagged Colin Kaepernick, Jared Kushner, President Trump. Bookmark the permalink.