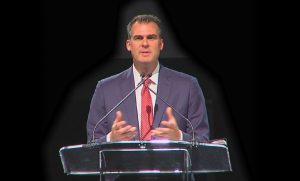 Planning a trip to California? If you live in Oklahoma, the trip may be a problem for you depending on the circumstances.

Republican Kevin Stitt is serving as the 28th Governor of Oklahoma since January 2019. He founded and is a former chairman and CEO of Gateway Mortgage Group. He was elected governor in 2018 when he defeated Democratic nominee and former Oklahoma Attorney General Drew Edmondson.

The governor has banned all state-funded travel to California. This comes after the state of California placed a similar ban on travel to Oklahoma.

On Thursday the ban was announced in an executive order and it bars all non-essential travel by state employees to California.

There are exceptions to the new law as follows:

Trips by schools to participate in out-of-state programs

Stitt said, “Enough is enough. If California’s elected officials don’t want public employees traveling to Oklahoma, I am eager to return the gesture on behalf of Oklahoma’s pro-life stance.”

California imposed travel bans and in 2018 Oklahoma was added after Oklahoma passed a law that allows adoption agencies to deny placement services to same-sex parents.

In September California declared that it added Iowa to the list of states on its travel ban list because of the state’s prohibition against funding gender-transition surgeries under Medicaid.

The restrictions do not end here. California list of states under the travel ban include Alabama, Kentucky, North Carolina, Texas and Mississippi.

So now, depending on your political beliefs, you can’t travel to certain states? Really? Well, yes if it is government funded.

If you’re driving, who is going to stop you? Even if you’re on another mode of transportation is someone standing at each entry point of all the states that I have mentioned? No, not it wasn’t government funded.

But this brings me to another point. Will states be labeled RED or BLUE depending on personal beliefs that are not necessarily political, but to them, morally important?