Schiff: Whistleblower to Speak before Congress 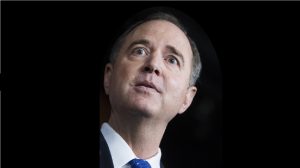