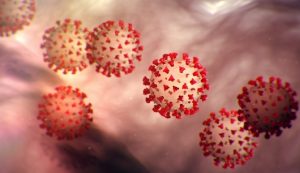 Non-essential business places, such as: restaurants, stores, movie theaters and cafes will shut down in France.

The businesses will closed starting on Sunday due to the coronavirus infection that has affected the country.

French Prime Minister Edouard Philippe has said that public services such as: banks, grocery stores and pharmacies will be allowed to remain open to the public.

Also, falling in the same direction is Israel. Prime Minister Benjamin Netanyahu announced that the Israeli government has shut down restaurants, cafes and movie theaters to begin on Sunday as well.

More than 150,000 people world-wide have been infected by the coronavirus. Over 5,700 people have died from the virus.

Most people experience mild of moderate symptoms but the disease is highly contagious. Although most people recover from the disease, it is more likely to cause death to the elderly and people with underlying condition or a poor immune system.

Will more people die? Probably yes, but people die every year from a regular flu.

Still, it can be better to be safe than sorry. If you fit into the danger zone by your age or other reasons, stay away from crowds and wash your hands often.

House Representatives Rashida Tlaib, D-Mich., and Ilhan Omar, D-Minn., have been blocked by Israeli officials from entering the country.

President Trump put pressure on Israel with concerns that the freshman Reps. support boycotts of Israel.

It would show great weakness if Israel allowed Rep. Omar and Rep.Tlaib to visit. They hate Israel & all Jewish people, & there is nothing that can be said or done to change their minds. Minnesota and Michigan will have a hard time putting them back in office. They are a disgrace!

The Israeli government was steadfast in defending their decision. They suggested that the lawmakers had ulterior motives with their planned trip.

He said, through tweets, that Tlaib and Omar’s itinerary “revealed that they planned a visit whose sole objective is to strengthen the boycott against us and deny Israel’s legitimacy.”

Netanyahu explained that their travel plans referred to a trip to “Palestine,” not Israel. The congresswomen were not interested in meeting with Israeli officials.

He went on to say that Israel welcomes critics with the exception of those who support boycotts of the Jewish State.

Only a few days ago, we received their itinerary for their visit in Israel, which revealed that they planned a visit whose sole objective is to strengthen the boycott against us and deny Israel’s legitimacy.

However, the itinerary of the two Congresswomen reveals that the sole purpose of their visit is to harm Israel and increase incitement against it.

In addition, the organization that is funding their trip is Miftah, which is an avid supporter of BDS, and among whose members are those who have expressed support for terrorism against Israel.

Therefore, the minister of interior has decided not to allow their visit, and I, as prime minister, support his decision.

Nonetheless, if Congresswoman Tlaib submits a humanitarian request to visit her relatives, the minister of interior has announced that he will consider her request on the condition that she pledges not to act to promote boycotts against Israel during her visit.

The decision was actually made by Interior Minister Arye Deri and was announced earlier Thursday by deputy foreign minister Tzipi Hotovely.

This came despite prior reassurances that the congresswomen would be allowed into Israel.

Hotovely said publicly, “Israel has decided we won’t enable the members of Congress to enter the country. We won’t allow those who deny our right to exist in this world to enter Israel. In principle, this is a very justified decision.”

If you remember, back in July, Omar and Tlaib were among 17 members of Congress who voted against a resolution condemning the Boycott, Divestment and Sanctions (BDS) movement.

Now Netanyahu has confirmed that Deri would consider permitting Tlaib to visit her Palestinian family members under certain conditions.  She would have to file a humanitarian request and furthermore promise not to promote boycotts of Israel.

Representatives Omar and Tlaib are the face of the Democrat Party, and they HATE Israel!

Needless to say, the Democrats don’t see this in the same light. They’re ranting and raving about this and taking the side of the Congresswomen who are two members of the “Squad” who we all know about.

Walls have been effective for many counties in protecting  people. Just ask the Israeli people.

Israel has a barrier that is basically a fence built along the border with Egypt. It has cut the number of illegal African migrants passing into Israel from 14,669 in 2010 to 14 in 2016. The height of the fence was raised from 16 feet to 26 feet and since then there have been no reported infiltration.

This is good news for the people of Israel who are now getting another barrier.

Contraction of the latest barrier, which is an above-ground barrier, has been started and will completely surround the Gaza Strip. The wall or barrier is expected to keep terrorist from infiltrating the Jewish state’s territory.

The galvanized steel barrier will be 20 feet high when completed said Israel’s Defense Ministry in a statement. It will compliment a subterranean wall that is aimed at upsetting Hamas tunnels dug beneath the border.

Tunnels have been a long drawn out problem in the Israeli state.

The new barrier will be built along the route of the underground system. It will run for about 40 miles. The entire project is expected to cost about $833 million and is slated for completion by the end of 2019.

It will also connect to the barrier system constructed out into the Mediterranean Sea which is aimed at halting infiltration from the sea.

Over the weekend, we began building the above-ground barrier along the Gaza border. The barrier will prevent terrorists from Gaza from penetrating into our territory on the ground. If the quiet is not maintained in Gaza, we will not hesitate to act. pic.twitter.com/vmQWT8g3ZW

The fence’s construction comes after months of violent mass protests along the border by Palestinians in Gaza.

This video shows some of the aftermath of the fire the kites have brought to Israel:

Speaker of the House Nancy Pelosi still will not admit walls or barriers work. Her state that she would give one dollar to Trump’s wall stands as does her saying that Trump will not get his wall.
The State of the Union will be seen tonight and Pelosi will be right behind President Trump. I’m pretty sure that the wall will be brought up in Trumps address.

How much longer will the Democrats hide their heads in the sand and insist that the American people do not deserve protection that works?

There is proof that barriers work and we can see that in what Israel has done and is in the process of doing. Pelosi doesn’t want anything that Trump wants. She is playing games with politics and Americans are the pawns of her games.