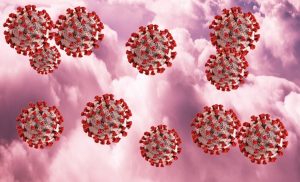 In this time that we live in, the big company owner’s names are often disregarded in the shuffle.

Warren Buffett is one of these names that is involved with ownership of large companies through his insurance conglomerate, Berkshire Hathaway.

I won’t go into details of how many share each one owns of DirecTV or IBM but let’s see about CVS.

Why is this important to understand? Let me explain. CVS is a pharmaceutical company. Soros also owns WuXi Tech Inc. Biological Laboratories, which has fifteen locations, one of which is in Wuhan, China.

Berkshire Hathaway appeared to be giving Teva and its newly appointed CEO Kare Schultz a strong vote of confidence when it reported in December 2017 that it had amassed a 1.86% stake in the company, or about 18.6 million shares.

Teva was reportedly pursuing a $40 billion buyout of generic drug rival Mylan earlier this year to help offset any revenue losses from the drug Copaxone which is a prescription medicine that is used to treat relapsing forms of multiple sclerosis (MS), to include clinically isolated syndrome, relapsing-remitting disease, and active secondary progressive disease, in adults. and keep the company’s earnings per share headed in the right direction.

Pfizer bought Mylan in an all-stock deal and combining the $10 billion generic pharmaceutical company with its own off-patent branded and generic business.

One company leads to another. They buy and sell to each other. They seem to know what medication will be needed and when.

Why do some very wealthy people know when to buy stocks and when to sell? They are actual owners of the companies that sell the goods when they are needed the most.

What is needed now during this coronavirus crisis? The drugs that can cure it are desperately needed.

Hydroxychloroquine sulfate tablets are manufactured by Teva Pharmaceutical Industries Ltd. (NYSE and TASE: TEVA) are approved by U.S. Food and Drug Administration (FDA) for the treatment of malaria, lupus erythematosus and rheumatoid arthritis.

In addition, TEVA announced the immediate donation of more than 6 million doses of hydroxychloroquine sulfate tablets through wholesalers to hospitals across the U.S. to meet the urgent demand for the medicine as an investigational target to treat COVID-19. The company is also looking at additional ways to address the global need.

More available is the antibiotic, Azithromycin. It is used to treat many different types of infections caused by bacteria, such as respiratory infections, skin infections, ear infections, eye infections, and sexually transmitted diseases.

Hydroxycholorquine (Plaquenil; name brand) 200 mg – 60 tablets in combination with Azithromycin 250 mg – 6 tablets is supposedly the cure for those inflicted with the coronavirus.

It is said to cure patients in six days or less.

Health officials have been quick to warn that enthusiasm for the drugs have increased. Hoarding has already begun.

Big clinical studies of the drugs against COVID-19 are beginning to take place. Do they already know the answer?

There are different views on hydroxychloroquine sulfate and its ability to help people with the COVID-19 but then all people are not in a rush to get it out to general public unless they own the companies that will make the drug to cure the disease and are prepared to sell it in mass quantities.

Follow the money trail. It always leads to the source