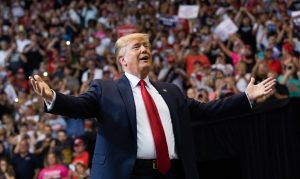 President Trump rescheduled his June Rally in Tulsa, Oklahoma, that was originally planned for June 19th to June 20th.

June 19th is celebrated as Juneteenth and is known as a remembrance of when Texas slaves were made aware of the end of slavery in the United States two years after the Emancipation Proclamation.

Tulsa, in 1921, was the scene of one of the most severe attacks on blacks in American history.

Because of the meaning of the date, black community and political leaders denounced the move and called on Trump to reschedule his rally.

Trump spoke with several people including Senator James Lankford, R-Okla., and Senator Tim Scott, R-S.C., and it was allegedly thought that the campaign schedulers didn’t understand the significance of the date of June 19th.

Trump campaign officials, in selecting June 19th, say it was not intended to be an aggressive move but some pushback was expected. They said that they were caught off guard by the intensity and, in particular, the link to the 1921 massacre.

Trump tweeted that he had moved the rally to Saturday, June 20, out of respect for the view of supporters and others who had asked him to.

We had previously scheduled our #MAGA Rally in Tulsa, Oklahoma, for June 19th – a big deal. Unfortunately, however, this would fall on the Juneteenth Holiday. Many of my African American friends and supporters have reached out to suggest that we consider changing the date out…

…of respect for this Holiday, and in observance of this important occasion and all that it represents. I have therefore decided to move our rally to Saturday, June 20th, in order to honor their requests…

…We have already had ticket requests in excess of 200,000 people. I look forward to seeing everyone in Oklahoma!

As you can see from Trump’s tweets, they had 200,000 tickets reserved. Well that didn’t last long.

Saturday is going to be amazing! https://t.co/u2tQ812odW

The campaign rally, now scheduled for the 20th, according to Trump’s campaign team, has received the largest number of ticket requests for any of his events.

There is nothing in the world like a Trump Rally and it appears Trump fans have missed going to them. 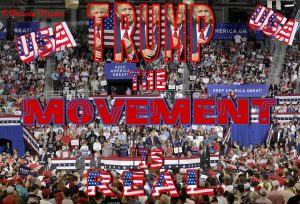 A silly thought comes to my mind. How many tickets could Joe Biden fans have ordered?

In 2016, I was certain that Trump would win the presidency. Some people around me were very skeptical of my thinking.

But I knew Trump would win, do you know why? I had been watching Trump rallies on the Internet where the crowds were shown. I saw the support he had! I saw the excitement and the energy. I could feel it.

You can’t hide the truth, tell lies and believe your own lies and that is exactly what the MSM did.

I write for http://DefiantAmerica.com, http://aleadernotapolitician.com/ https://magamedia.org/ and http://FreeAmericaNetwork.com & Graphic Artist & Video producer. I adore journalism. Politics seems to be my preferred genre although I do not hesitate to write anything that strikes me as interesting. Researching and finding 'Breaking News' makes my blood rush. I've written seventeen books. and over that including books in conglomeration with others. Doing graphic art design has always been fun for me. Sometimes I incorporate this talent into my articles or when a special 'feature picture' is required. You can find me tweeting on: https://twitter.com/DavedaGruber You can always find my articles on the sites I write for.
View all posts by Daveda →
Tagged Brad Parscale, Trump Rally. Bookmark the permalink.