The Video No One Wants You to See 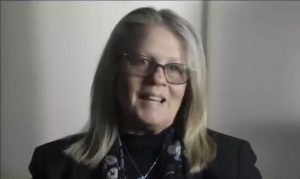 The Scientific community was proven all wrong in 2009 when some scientists discovered that something was happening in laboratories throughout America and all over the world that was not only harmful but shocking.

Dr. Judy Mikovits, who has been called one of the most accomplished scientists of her generation and her 1991 doctorial thesis revolutionized the treatment of HIV or AIDES.

Mikovits and others discovered that a retrovirus called XMRV (xenotropic murine retrovirus) and some other related retroviruses were present in 6% of Americans.

The retrovirus was appearing in a rather high percentage of people with diseases such as:

The term that was used, “xenotropic” indicates that this virus had a nonhuman origin but that now it is able to live and multiply in humans.

The retrovirus in question had an appearance that was similar to “mouse virus.” It also had qualities of human virus.

Yes, it was a “chimera,” which is defined as (in Greek mythology) a fire-breathing female monster with a lion’s head, a goat’s body, and a serpent’s tail. It can also be described as a thing that is hoped or wished for but in fact is illusory or impossible to achieve. But wait, it can also be a kind of mythical beast being part human and part mouse.

It is essentially a single organism that’s made up of cells from two or more “individuals”—that is, it contains two sets of DNA, with the code to make two separate organisms.

She published an article in the Journal of Science that the combination of animal and fetal tissue were unleashing devastating plagues of chronic diseases.

Big Pharma unleashed a war on Mikovits for revealing this.

There are conflicts of interest in government that are mind-boggling. Government workers are allowed to patent their claims. When a confirmation of a patent is delayed, a virus spreads.

Millions died from HIV and they didn’t have to die.

Dr. Anthony Fauci, the director of the National Institute of Allergy and Infectious Diseases and a leading member of the White House Coronavirus Task Force, is not the mild mannered scientist he appears to be. The claims in a video which I will provide the link for will knock your socks off.

YouTube has removed the video that’s circulating information that leads to the COVID-19 or coronavirus pandemic.

The video centered on Dr. Judy Mikovits, who claims the federal government is behind a “plague of corruption” to inflate profits from a potential vaccine even as COVID-19 threatens lives.

It also features criticism of Fauci and that Fauci allegedly threatened in an email to have her arrested if she set foot on National Institutes of Health property to participate in a study by Dr. Frank Ruscetti who is allegedly attempting to validate her work.

The full movie will be released later this year but you may want to watch the video that explains a lot and I have found the link to it.

I write for http://DefiantAmerica.com, http://aleadernotapolitician.com/ https://magamedia.org/ and http://FreeAmericaNetwork.com & Graphic Artist & Video producer. I adore journalism. Politics seems to be my preferred genre although I do not hesitate to write anything that strikes me as interesting. Researching and finding 'Breaking News' makes my blood rush. I've written seventeen books. and over that including books in conglomeration with others. Doing graphic art design has always been fun for me. Sometimes I incorporate this talent into my articles or when a special 'feature picture' is required. You can find me tweeting on: https://twitter.com/DavedaGruber You can always find my articles on the sites I write for.
View all posts by Daveda →
Tagged Anthony Fauci, Judy Mikovits. Bookmark the permalink.