We Are Not in This Together 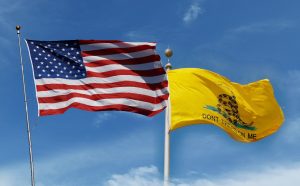 “I’ve read your blogs for quite a while. I find them entertaining, thought provoking and eerily prescient. More than once you’ve covered a topic to then see that very same issue become mainstream news within the next few days. It’s happened so many times it makes one ponder the possibilities of who is reading your ‘rantings’. Shoulder to shoulder and always at the ready.”

Thank you my friend. Very kind. I’ve wondered, more than a few times, that very same thing although my guess is rather than my words hitting very specific targets, enough people are having the same thoughts and because of this the collective consciousness is rising, pushing us toward critical mass.

I certainly hope so.

Either way we will continue forward in the memory and shadow of the great Benjamin Franklin by sharing stories applicable in today’s realities.

In this vein allow me to harken back to a moment that seems lifetimes ago, in search of answers to problems that never seem, to retire themselves.

It was my first day as a Sheriff’s Deputy, I’d been hired to work in the County Jail.

As my assigned FTO (Field Training Officer) gave me a tour of the facility we stood on a catwalk overseeing the pods when an inmate made his hand into the shape of a gun, pointed it at me and acted like he was pulling the trigger. I looked over at my FTO and said,

I waited for the count of three for him to continue. When he didn’t I said,

“Are we going to do something about it?”

My “superior” sat with my statement for a few seconds. As he did I may have added some language about how life works and my thoughts on the kind of people who let others threaten them without a response.

Something about being a pussy . . . cat.

He had a choice to make.

Ignore the threat and deal with first day on the payroll guy calling him a coward OR do his job and restore order in a chaotic situation.

With a deep sigh from my “supervisor” we walked down and entered the pod.

There was a collection of inmates doing pushups and modified bench dips with their shirts off (against the rules) and tied around their heads like do rags.

Also, against the rules.

As we grew closer to the criminals the one with the trigger finger stopped looking at my FTO and kept his eyes on me. He did this because I was walking right at him significantly faster than my “boss” and I wasn’t coming for a debate.

At about ten paces the idiot, who probably had never fired a gun in his life unless it was while ducking in the back seat of a car shooting out windows said,

“You a lot bigga down here.”

Kissing my behind wasn’t going to fix that.

I walked right up on him and said, “I’m right here. Where’s your gun?”

His workout “crew” stood around, tried to look hard and continued to prove jail was right where they needed to be.

I have to admit the Captain America line still makes me laugh.

All of a sudden someones backbone jumped into my FTO’s body and he started to tell the inmate that what he did was wrong, against the rules, yada yada yada.

I continued to stare at the inmate as I contemplated the amount of torque it would take to unscrew his lightbulb, dim as it was.

The inmate nodded his head at the pseudo tough guy and put his shirt back on, slow as he could, to give the FTO as much disrespect as possible.

When the idiot to my right was done with his attempt to prove he was a man I leaned forward toward the idiot with the orange shirt and said, “Don’t ever threaten me again.”

I remember watching his eyes seem to grow as he said, “You be fu*&ing crazy.”

Now I am not crazy.

Not even in the slightest.

I will say this.

I think quickly, feel deeply, and when I make a decision I am all in.

The reason I shared the story above was to show that humans who are out of control must be put back in check.

One way or another or it only gets worse.

It can be temporary or permanent, depending upon those doing the things that they shouldn’t, but it must take place for a society, a nation, to remain Free.

There is no other country like these United States.

There never has been and it doesn’t appear, at least anytime soon, there will be another, as most humans around the world aren’t willing to do what needs to be done to be Free.

I will state this for the record and I know I speak for others as I’ve been told many times “We are with you Jason.”

To: Liberal/RINO Politicians and those who support them.

You’ve made your choices.

You are now giving more of our money to Criminal Foreign Nationals while you shut down American Businesses because you are afraid of the boogeyman and have crawled under your masks.

It’s quite clear we are not in this together.

We will not be on the sidelines for too much longer.

We can’t afford to be and as such I will reiterate our position.

We are not racists, bigots, or uneducated right wing loons.

We think quickly, feel deeply, and when we make a decision we are all in.

No more talking will be done.

This isn’t a threat or a warning.

This is a statement.

“Now two flags fly above my land, that really sum up how I feel
One is the colors that fly high and proud, The red, the white, the blue,

The other one’s got a rattlesnake, with a simple statement made
“Don’t tread on me” is what it says, and I’ll take that to my grave.”

Not our graves Liberals.

2 Responses to We Are Not in This Together