Will Flynn be Exonerated? 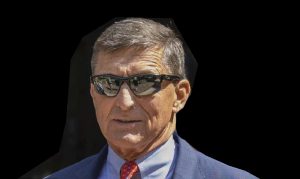 General Michael Flynn’s legal team have documents that were finally turned over to them has led to rumors that Flynn may be exonerated.

Supposedly, exculpatory evidence had not been disclosed before the new documents were released.

Flynn had pleaded guilty to providing false statements to investigators regarding his contact with a Russian ambassador. He now claims that he is innocent.

The sixty-one year old Flynn had not been on Twitter recently but tweeted out some very interesting information on April 24th.

The tweet showed a court filing that confirms that he has claimed that he did not lie. It also claims that FBI agents stated that they believed him during an interview which was conducted when James Comey was still at the helm of the Federal Bureau of Investigation.

In the sworn declaration, Flynn said, “I am innocent of this crime.”

He explains in the declaration that he was under pressure from the possibility that his son could face charges. Flynn also claims that he received advice from his previous counsel, which led him to plead guilty.

Maria Bartiromo from FOX News tweeted Sunday evening that according to sources, Flynn “will be completely exonerated this week.”

Breaking News: sources tell me @GenFlynn will be completely exonerated this week. It was a total fraud. A Set up. More tomorrow @MorningsMaria @FoxBusiness @FoxNews @SundayFutures

It was reported by The Federalist that, according to an FBI source, that material does include exculpatory evidence.

It was also reported by The Daily Caller that they had a source who allegedly reported that current FBI Director Chris Wray had tried to keep the information from getting out. Wray’s office and the Justice Department have categorically rejected that claim.

DOJ Spokeswoman Kerri Kupec said in a statement, “The assertion that Director Wray pushed to withhold exculpatory evidence in the Michael Flynn case is 100% false. To the contrary, the Director has been nothing but cooperative throughout this process.”

The guilty plea from Flynn was one of the first convictions that resulted from the Russian investigation by former Special Counsel Robert Mueller.

Barbara Flynn, who is the Sister Of General Mike Flynn, tweeted this:

I cannot judge what went down because I was not there to witness it happen first hand but I do know that Flynn supported the Trump Presidency and it is quite apparent that those who did were targeted by the previous administration.

The fact that the Mueller investigation was allowed to go on for so long without any Russian collusion being found shows me that we all witnessed a witch-hunt that ruined the lives of a number of people who supported Trump and that includes Flynn. 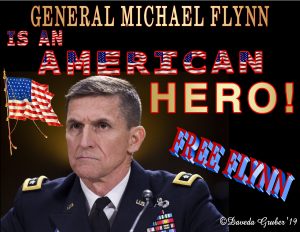 I write for http://DefiantAmerica.com, http://aleadernotapolitician.com/ https://magamedia.org/ and http://FreeAmericaNetwork.com & Graphic Artist & Video producer. I adore journalism. Politics seems to be my preferred genre although I do not hesitate to write anything that strikes me as interesting. Researching and finding 'Breaking News' makes my blood rush. I've written seventeen books. and over that including books in conglomeration with others. Doing graphic art design has always been fun for me. Sometimes I incorporate this talent into my articles or when a special 'feature picture' is required. You can find me tweeting on: https://twitter.com/DavedaGruber You can always find my articles on the sites I write for.
View all posts by Daveda →
Tagged Barbara Flynn, General Michael Flynn, Maria Bartiromo, Sydney Powell. Bookmark the permalink.