In a New York Minute 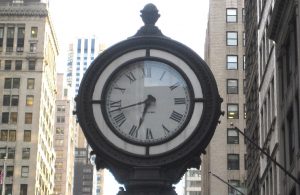 It’s very clear the animal known as Progressive/Liberal/RINO is inexhaustible when it comes to verbal ranting. Over and over again they continue to give credence to the paraphrased proverb that it is better to remain silent and be thought a fool than to speak and remove all doubt.

Not that any further proof was needed, but after a week of “professorial” regurgitation, no one with a modicum of intelligence is listening anymore.

Ah, the thought process of the Liberal that supports Late-Term Abortion, Sharia, and the trafficking of little boys throughout the Catholic Church, known as Nancy Pelosi, must be a staggering collection of blind squirrels all asking themselves when one will finally find a nut.

Of course her mirror would provide the answer but one must be willing to look to find the truth.

Something that will never happen with those who practice Oppression.

Piggish Pelosi and her gaggle will continue to crush any and all in their path until they are stopped.

Although President Trump fires off a good Tweet the Liberals have learned that his bark is worse than his bite.

They’ve broken laws, threatened to rape his child, bragged about a coup that they are currently exacting, slandered, smeared, and stalked him.

They’ve blamed him for everything under the sun, including being a Russian spy.

They’ve told us that our civilization will end in 2020 and the world will die in twelve years.

The Party of the Apocalypse who promised flexibility to Putin, sold Uranium to Russia (yes it did happen), referred to Hamas as a Humanitarian organization and helicopter dropped pallets of U. S. and other currencies to Iran in the middle of the night, is now about to Impeach Donald Trump for “crimes” against the United States.

President Trump’s only “crime” is that he is too nice and as amazing as it is to say, he might be too nice to do the job, as the only people to go prison under his Justice Department have been his own supporters.

His unwillingness to prosecute Hillary, and refusal to not only fire James Comey but keep the man, were both crucial errors.

The hiring of Reince Preibus as Chief of Staff was absurd.

Jeff Sessions as Attorney General and the retaining of the Assistants from the Obama Administration was even worse.

It is exactly these decisions and many others including but not limited to the hiring of John Kelly, John Bolton, and Rex Tillerson that have excited, emboldened, and frankly strengthened his enemies, and more importantly the enemies of America.

Over the years I have defended Mr. Trump at every turn, even when I disagreed with some of his policies.

With that said I still support Donald Trump for very specific reasons.

(1) I do believe he wants what is best for America.

(2) There are no other options.

The rabid Liberals are indeed coming for you.

They’ve instituted a rallying cry and have absolutely no fear that you will do anything to stop them.

So far they are correct.

As I’ve stated many times, You are the carrot.

We the People are the stick.

It appears Progressives are unwilling to eat their vegetables and are going to Impeach you.

I know many think nothing will happen in the Senate but the “Swamp” is strong and by the time the complicit media is done Wagging the Dog there is a very real possibility that you will indeed be removed.

I say this without hesitation or reservation, if this does take place, plenty of us will be on our way to deal with every single politician that voted for this outcome.

We will do what needs to be done but your time and opportunity as President will be over.

Fortunately for us all, this juncture, has not yet arrived.

You currently have all the power to stop these traitors in their tracks but the head of your Justice Department sits quietly making worthless speeches, waiting for putrid IG reports, or indicting low level criminals for campaign finance crimes.

When you were a candidate you told “The Big Lady” to her face if you were President she “would be in jail.”

When you were a candidate you said you would do what it took to build a great big wall and stop the drugs, cartels, human trafficking and invasion of our country.

We believed you and gave you the Bully Pulpit.

None of these things have happened.

We the American People are still with you but it is time you start listening to us and stop listening to your echo chamber.

We lost the House.

Democratic GOVERNORS are being elected.

The country is being overrun by criminal foreign nationals who are doing tremendous damage, including the Wahhabis who struck again in Florida.

I personally heard three different languages spoken in a store this week in Northern California.

None of them were English.

We didn’t elect you to inflate the stock markets or “create” jobs.

Both of these things are cyclical and will move up and down, just as they historically, always have.

We elected you because WE ARE IN TROUBLE and WE KNOW that YOU KNOW.

We believe in your intelligence.

We believe in your heart.

Now, give us that New York Don and start dropping these traitors.