Keyboard Warriors: Not Fit for the Fight 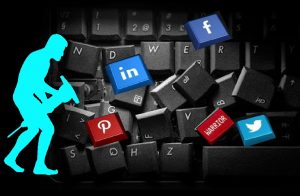 “Love you Brother! Been reading your stuff for a while now. I know you get this question all the time but when will the American people have enough of what is happening? Please never stop writing. We need to hear the truth and you never let us down. Shoulder to shoulder!”

Thank you Dear Reader for your kind words. I never tire of hearing from the committed Citizenry who require Freedom through the Truth.

When will we see Americans finally reach their tipping point?

This depends EXACTLY on what you are asking me.

When will enough Americans vote out the Libs and RINOS and replace them with people who actually believe in America?

We will find out very soon.

Will this change anything?

Despite the depressing Media, Life is simply too good, too comfortable for the majority of the People.

Freedom pays it forward and the freer a society the greater the economics, opportunities and inventions.

These United States have less than five percent of the world’s population but have the greatest of everything at our fingertips. . .literally.

With all this success, apathy and laziness have both become a very mainstream proposition.

We see it everywhere with alcoholism, drug usage, victimization ideology and obesity.

Almost every physiological human problem could be positively addressed by changing ones diet, but instead a large portion of our society chooses to have their bodies cut open for one thing or another, and/or take a “pill” for what ails them.

Once that pill loses its effect the answer is to simply take more.

If the average Lib/RINO doesn’t care about their own bodies what makes anyone think they will step up in the face of danger or even be able to.

I once was asked what I would do if someone tried to attack me.

I answered that it depended upon the situation.

The question was posed as I was working out with a friend.

We were doing some light sparring at the time and I told him I was going to pick up the pace to give him an idea. I went from fifty percent to full speed head movement, feinting, complete jabs, false takedown attempts and circling the entire time. I stayed on the outside and every time he tried to close the distance I just gave space and circled faster.

This went on for about sixty-seconds.

My friend who is six-two and around 195, and compared to most Americans in great shape, began to breathe hard.

His movements began to slow, his mouth opened, and his hands were well below his chin. At the ninety-second mark I started to dart in and tap him LIGHTLY wherever there was an opening.

Around two minutes he raised his hands, gasped for air and said he needed a break.

The fight was over and I’d never hit, kicked or locked up with him once.

To my buddy’s credit he was IN THE ARENA.

He didn’t whine about being too old, out of shape or scared of the RONA, and every time we meet he gets better and his willingness to get into the fray with someone he knows is better than him is not only admirable but the only way one can really improve.

The best way to gather knowledge as to how to avoid being taken down and choked out is to work with someone who can do it to you any time they want.

As my brother from another mother used to say iron sharpens iron.

The reality of our current situation is eventually those who require freedom will have to defend her.

The debt is getting worse.

Crime is getting worse.

The lack of knowledge is appalling.

Keyboard warriors believe they are ready for a war.

Trust me when I say this Liberals. . .You Are Not.

A bully will only stop when they’ve tasted their own blood AND know if there is a next time, it will be their last time.

When will America’s bullies be dealt with?

When will La Raza, Hamas, BLM, Farrakhan, the Clintons be dealt with!

That depends on you.

These things are not the arena.

This will stop when YOU the American Citizen says enough.

Every week for a while now, as have my American Brothers and Sisters known as gardeners, sharpshooters, coffee lovers and The Man.

From Northern California to Wyoming to Arizona to Oklahoma to Michigan to Florida.

We are good to go.

Just waiting on you.

So bring it on Liberals and lay your bets on the Devil with your Summer of Love that caused at least two murders, to your Autonomous Zones with countless rapes; your New York Cities filled with criminal foreign nationals that have shut down churches while allowing BLM and Antifa to roam and terrorize.

As the late Great Charlie Daniels once sang “My name’s johnny and it might be a sin, but I’ll take your bet, and you’re gonna regret, cause I’m the best there’s ever been.”

America is the best, the greatest protector and beneficiary of Freedom ever.

Where generations of men and women STAND ON THEIR FEET reaching in one direction for the stars and in the other to help those who refuse to LIVE ON THEIR KNEES.

4 Responses to Keyboard Warriors: Not Fit for the Fight