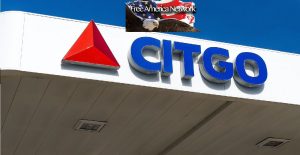 A few days ago I heard a talking head state that President Trump was going to meet with the “opposition leader”.

I laughed as meeting with Nancy Pelosi was and is a waste of time.

The talking head was referring to Venezuela.

That made me laugh even harder as though the two factions in Venezuela have any real differences. Neither one of them is giving up control of “State Run” businesses like Citgo.

The talking heads continued to repeat the same garbage.

As I’ve explained many times Socialism doesn’t exist anywhere on the planet, including Venezuela and Democracy always turns into Tyranny.

Socialism is purely fictional and Democracy by definition always fails.

Take it up with Socrates DimWits.

They did sort of get one thing right.

Speaking of people that suck Tom Brokaw decided to do his best Dan Rather/Brian Williams impersonation and started to talk about “Hispanics.”

His stupidity and bigotry was jumped on by many which continued to show how dumb Liberals really are.

My only issue is that the usage of the term Latino never occurred.

Come on already Progressives! At least be consistent with your asininity!

I love it when White Guilt morons create new words for the nationalities known as Mexican, Guatemalan and Honduran.

I was born and raised in California. I’ve known plenty of Mexicans.

I’ve never once heard them call themselves Hispanics or Latinos.

Supporters of La Raza and hatred of America?

Yes I have seen that.

The United States stole their land?

This is untrue but I’ve heard that as well but never, and I mean NEVER, have I heard a Mexican use the term Hispanic and then when confused, change to Latino.

These are the words of the White Privileged Democratic Voter who are doing their very best to make San Diego a part of Tijuana.

Hepatitis A and children selling Chiclets for all!

Speaking of hepatitis Kamala Harris wants to get rid of an entire industry in America.

Never mind the lack of “health” care and millions of jobs that would disappear overnight, her fix is to “get past it all” just like she did with Willie Brown.

Harris sells herself as an African-American (which as those of us with knowledge know doesn’t exist) slamming into every branch, as she scampers even further up the Stupid Tree.

Her mother is Indian and her father is Jamaican.

I know she isn’t very bright but neither one of these nations is found on African land or American soil.

While on the subject of not very bright, a column was recently published that had the new Speaker of the House and the word intelligence, in the same sentence.

As the writer appeared to construct fantasy it can only be said that anyone coupling intelligence and Aunt Nancy must forever be required to use only monosyllabic verse.

Anything beyond grunts from this “journalist” should be dealt with as a threat to themselves.

Finally the week was complete with another Liberal announcing their run for the Presidency and proclaiming to now be a centrist.

Howard I know nothing Schultz decided that because he said health care and college will never be free he is now squarely in the “middle”.

Schultz supports illegal entry into our country and free bathroom breaks for vagrants but doesn’t allow citizens, who are exercising their legal Right to carry, in his shops.

How very “independent” of him.

At least he didn’t talk about his cheekbones.

Ol Howie finished off with “nothing is free.”

On this he is correct.

What’s coming down the pike to the anti-American Liberal Progressives in America has been well earned.

The only thing left for Americans to do now is collect.

Tagged jason kraus, Late Bird, One voice at a time, Shoulder to Shoulder. Bookmark the permalink.