Why Did Whistleblower Attorney Appear on CNN? 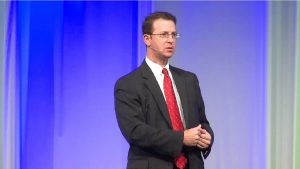 Attorney, Mark Zaid, who represents the whistleblower who is smack right in the middle of the Democrats’ ongoing impeachment inquiry, said that CNN will play a key role in removing President Trump from office.

Zaid, who never liked Trump, is the attorney for the whistleblower who is allegedly Eric Ciaramella, who is another person who doesn’t like Trump.

Zaid appeared as somewhat of a regular guest on CNN, and in fact, appeared at least eleven times since 2017.

After one of Zaid’s appearances on the liberal leaning CNN, Zaid was tweeting that CNN will play a key role in Trump not finishing his term as president. He tweeted

CNN has a reputation for glorifying anti-Trump guests and the network itself as it puts out dirt on the president or distorts Trump’s comments on a regular basis.

Zaid defended his posts as common sentiments and that can been seen in the tweets that Zaid has put out. He contends that his tweet referring to a coup was referring to a lawful process.

It’s very scary. We will get rid of him, and this country is strong enough to survive even him and his supporters. We have to.

House GOP leader Kevin McCarthy said, “We should take [Zaid] at his word that this is a coordinated, premeditated plot to overturn the election.”

Trump tweeted about Zaid’s tweets with this:

Based on the information released last night about the Fake Whistleblowers attorney, the Impeachment Hoax should be ended IMMEDIATELY! There is no case, except against the other side!

It’s easy to determine that Zaid is not a fan of the president. It’s also quite clear in most people’s minds that CNN is definitely not pro-Trump. Putting the two ingredients together, we can see the reasoning behind what they were attempting to do. The aforementioned parties were attempting to get Trump out of office.

It is my opinion that both Zaid and CNN don’t really care how they get the president out. Will they lie and cheat to do it? You decide.

I write for http://DefiantAmerica.com, http://aleadernotapolitician.com/ https://magamedia.org/ and http://FreeAmericaNetwork.com & Graphic Artist & Video producer. I adore journalism. Politics seems to be my preferred genre although I do not hesitate to write anything that strikes me as interesting. Researching and finding 'Breaking News' makes my blood rush. I've written seventeen books. and over that including books in conglomeration with others. Doing graphic art design has always been fun for me. Sometimes I incorporate this talent into my articles or when a special 'feature picture' is required. You can find me tweeting on: https://twitter.com/DavedaGruber You can always find my articles on the sites I write for.
View all posts by Daveda →
Tagged Eric Ciaramella, Kevin McCarthy, Mark Zaid, whistleblower. Bookmark the permalink.