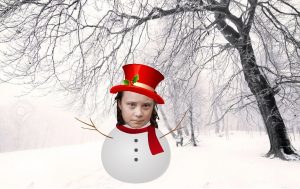 Only eleven more to go according to AOClueless, then again we may never see another, as stated by the current Tweaker Speaker, if President Trump is re-elected.

It is beyond the written word to explain the lack of intelligence that must occur in those who vote Democrat.

The Progressives continued forward with Impeachment through the “Contempt of Congress” television holiday dramedy known as Here’s Your Sign.

If “contempt” is the charge the entire country could be impeached as our contempt for these soulless mongrels far surpasses impeachment and screams for their dangling from a pendulum that sways back and forth until each mutt is permanently silenced.

All I want for Christmas is a coup!

Democrats carried on with their attempted removal of Mr. Trump and whatever is left of our Southern border.

The House passed a BI-PARTISAN Bill giving de facto citizenship to criminal foreign nationals found around the nation on our farms.

As if America wasn’t already shackled with enough illegal interference Time Magazine decided to reiterate their self-loathing and place a face of hate, and a fabricated childhood, known as persona non Greta, on their cover.

The little Thorn Bird has forever changed the perception of Swedish meatballs and bikinis to Frosty the Bitter Snow Troll.

Rashida Tlaib pushed forward with her joy of tweeting, and hatred, of everything America.

The lover of Sharia blamed White Supremacy for murder and the targeting of Jews at the hands of men who resembled Obama’s son known as Trayvon.

It was later reported by the Babylon Bee that she deleted the tweet while listening to I’m Dreaming of a White Christmas and a bizarre holiday rendition of Stevie Wonder’s Ebony and Ivory.

Obama appointed Inspector General Michael Horowitz found no “political bias” in his attempt to provide the Democrats with an early present.

When oh when will Donald Trump realize his keeping ANYONE from the previous Administration is the gift that keeps on giving CNN and MSNBS daily storylines.

Finally, in a moment of Christmas spirit it was a reported that the Catholic Church spent only ten percent of their annual collection on charity.

In other words they kept ninety percent of their “income” and spent it on themselves.

The atheist Bernie, Cherokee Warren, and a Godless Pope.

We know Epstein has one somewhere.