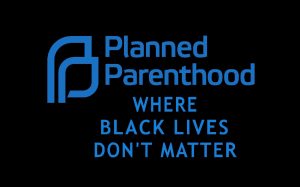 By now most casual news readers have come across a George Orwell attributed quote or thought somewhere on the internet.

One such idea is “In a time of universal deceit, telling the truth is a revolutionary act.”

For those of you who have been with me for a while you are acutely aware that the Truth is the only thing I produce.

The Truth can make some uncomfortable, and be brutal for others, but this is what we do here.

If I cannot prove it I don’t use it.

Each century of historical human behavior has its own level of deceit.

As things get “better” they also get “worse”.

Those that need this explained should head back to CNN or Yahoo News as the Truth is about to be released and there is no doubt “you can’t handle” it.

Never have. Never will.

I’m not going to explain this either as I have a simple rule with the stupid.

Never verbally engage a fool as one only double the fools in the conversation.

Be gone with you Keyboard Warriors.

“Black Men” in America kill more humans than any other color in the United States.

This is a bigoted FACT with actual statistics.

Try and make sense of that one.

The only factual argument against this is that life is an individual experience and no one should be grouped with another based on something with which they have no control (skin color) but that logic doesn’t seem to matter in “today’s” Orwellian world so Black Men are the ones that other humans, especially other Black Men and Women, should avoid to lessen the chances of being assaulted, robbed or killed.

Many across America are reading this now and asking,”Did he just say Black Men and Women should avoid other Black Men, and if they did so, would lessen their chances of being assaulted, robbed or killed?

According to the color coders, Jesse Jackson and FBI statistics the answer is resoundingly YES.

Right now Liberals are beside themselves, as they try to rationalize the usage of grouping humans by color, dealing with the facts of the behavior of said group and supporting the abortion of exactly that group.

Oh if only the Libs had listened to Hillary’s Hero known as Eugenics Margaret there wouldn’t be any Blacks at all by now . . . or poor White folk but that is TOO much truth for the Dems so let us step aside as they plummet down the rabbit hole.

Black Slave Labor did not build the United States.

Again as I’ve explained this ad nausem I’m not going to bother with a FACTUAL breakdown of history.

I will simply point to California (at least before the Libs took over) as being one of the top ten economies IN THE WORLD without one drop of Black Slave Labor.

Furthermore when the War Between the States was over a good portion of the South was burned to the ground and had to be rebuilt.

It was called Reconstruction and it was done by FREE men and women.

Progressives and White Guilt RINOS can keep blaming Aunt Jemima and Uncle Ben but in the end syrup and rice are still going to be around.

The new call across Liberal Land is that Blacks must be in charge of everything, in order to right all the wrongs of the White Supremacist Nazi Klan world they’ve been forced to be in, because they were ripped from their original homes in Africa.

Again, let us not bother with the factual historical data of how the tribes sold captives of other tribes to slavers, many who were Muslim.

Let us just ignore the Muslims in America historically, and right now, who HATE these United States and want to see its demise.

Yes, looking at you Farrakhan and your disciples known as Ellison, Omar, Sarsour, Kaepernick and Obama.

A picture is worth a thousand words.

Yes Liberals, this is easy to find on the Net as all of these names, and many more, support Hamas.

Some have called for the killing of Whites, Jews and Toms but let not the facts get in the way.

Let us continue with our skin color bigotry and point out that, “Africa” is filled with “Black Labor” and yet is the poorest “continent” on Earth.

I’ve never understood the usage of a land mass to explain humans but African-Americans do it all the time so let us also point out that Africa is filled with Black Humans and is the deadliest continent for humans to live on.

Africa is filled with “Blacks” and is the least safest place to live in the world.

“Blacks” in America kill more humans, including other “Blacks” than any other color in the U. S..

In fact cities that are run by “Blacks” including but not limited to Baltimore, Detroit, Chicago, etc., rank as the most dangerous places to live, but as I mentioned before, the call is for “Blacks” to run everything.

From a color coded concept this does not appear to be a good idea but what do I know.

Still if “Blacks” were in charge what would happen to Affirmative Action, the Congressional Black Caucus, Guam?

Would it finally tip over?

Would Dave Chappelle still call his kids little niggers and would that still be considered funny?

Would Dr. Ben Carson, a NEUROSURGEON, be treated as having one of the finest minds in his brethren, or would he continue to be called a Tom for his support of Donald Trump who interestedly enough received an NAACP award?

How would all this go?

Let’s take a look at Atlanta, soon to be referred to as The Night the Lights Went out in Georgia.

Cops are now refusing shifts, crimes is skyrocketing and that’s saying something in the Land of the Tomahawk Chop.

Reportedly their answer in Atlanta is “We are not answering 911 calls right now due to personnel issues.”

Do we simply stand down and let the “Blacks” take over everything?

Maybe we take a “new” look at the idea of “color”.

Does having ancestors who were closer in proximity to the Sun matter?

Skin color, any skin color only matters to bigots.

That is a fact.

Neither are the Whites.

Still, if skin color is your primary concern, there are places one can go.

Whites can head to Canada as many who supported the King and dodged the Vietnam draft did.

Please take Joy Behar with you and make all of our dreams come true.

Blacks can head to Liberia.

No need to wait for Juneteenth.